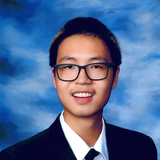 One Year of Shorthand

Today marks one year since I started learning Gregg shorthand. I discovered shorthand on February 8, 2020 while browsing Instagram.

How it all began

I was browsing the Instagram feed one day when I stumbled upon this post (the link it to eBaumsWorld.com where I later found the post again). One particular picture which broke down the sounds in the word "atrophied" caught my attention. I was intrigued by this novel system of writing in such a simplified fashion. 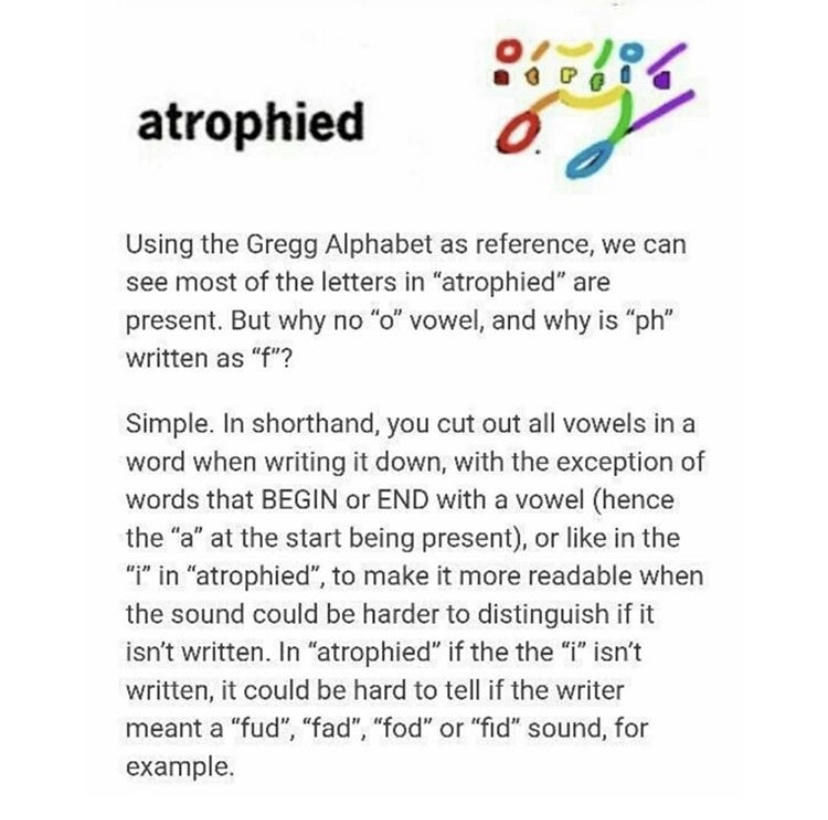 I found the Gregg Shorthand Blog and applied to join. It had lots of good practice material, but I didn't end up using much of it.

I ended up studying the script using Gregg Shorthand Manual Simplified, which is the definitive guide on the subject. I managed to find an version on Archive.org for free, but it was quite old. I later checked out the latest (2nd) edition book from the library.

At the time, I was sure that this was going to be a hobby that would last no more than a few weeks. I thought of gardening, juggling, and pen spinning, all of which were hobbies that I tried for a while (a few months to a year) and then gave up. Strangely enough, I didn't give up on shorthand and have kept it up for one whole year.

I began by studying from the official manual. I would read a lesson every day and study the new stroke/briefs as well as read the shorthand practice. It wasn't until a few weeks in that I realized that I should practice writing as well.

It took me about four months to go through the whole manual. The pace was not too fast but fast enough to keep my on my toes. The first couple of weeks were a huge struggle, as it took me a long time to decipher the symbols. After a while, though, I subconsciously learned to recognize subtle patterns in the writing. These patterns or rules aren't explicitly written out; rather, I learned them through trial and error. In this regard, I believe a book like Gregg Shorthand: Manual for the Functional Method would have been better for me. It doesn't teach the rules explicitly; instead, it lets you figure out the rules through trial and error. Although this book takes longer to go through all the shorthand symbols, it may have been more enjoyable to read.

Towards the end of the book, I began dictating. I would read the practice material (which is written in shorthand) and record myself. Then I would play back the audio and write it down. This method of dictating and writing is the method I found for practicing shorthand.

After I finished Gregg Shorthand Manual Simplified, I picked up Gregg Dictation Simplified, which was the book most schools used after teaching with the official manual. Shorthand, back when it was taught in high schools and colleges, was something that required years to learn. It was usually split into four courses spread out over four years.

I only kept up studying using this book for two months before I had to leave for a twenty day trip. Upon return, I decided to change the way I practice because I felt that the material in Gregg Dictation Simplified was way too boring. Everything was about businesses (particularly collection letters) and I felt that the business language was not useful to me.

I stopped practicing shorthand for a while because I felt swamped with too many things that I had to keep up with everyday. By October, however, I decided to start again. I found I was pretty rusty but I didn't forget that much. I practiced with quotes from TypeRacer, a website I also use to practice stenography. I would do the same thing I did before: record myself reading a quote and writing it down.

After doing that for two months, I switched practice material yet again because I felt that the TypeRacer practice quotes were too random. I practiced writing quotes from books for a month, but the literary material felt too difficult. Finally, at the present time, I am practicing with material from famous speeches (most inaugural addresses).

The biggest problem with practicing shorthand is that I don't know what to practice with. Ideally, I would "practice" shorthand simply by using it in my everyday note taking. Unfortunately, due to the pandemic and online learning, I'm doing almost everything on my computer.

My opinions on shorthand

Shorthand is difficult to learn. This is a very niche skill that will only benefit some people. I'm still not sure if the benefits I receive outweigh the costs of learning such a massive system. There are other methods of writing quickly (like EasyScript) that require much less time to learn and still allow you to write reasonable quickly. However, the time and effort I put into this skill now will continue to benefit me for the rest of my life.